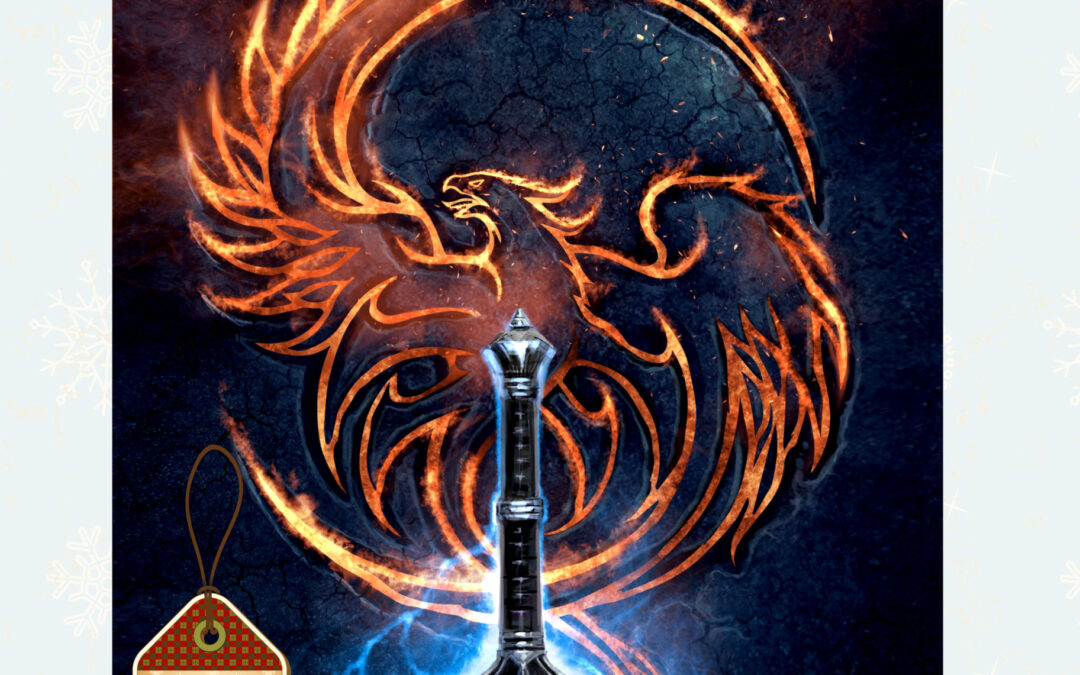 Got someone who loves fantasy and adventure in their life?

Gravedigger Volke Savan wants nothing more than to be like his hero, the legendary magical swashbuckler, Gregory Ruma. First he needs to become an arcanist, someone capable of wielding magic, which requires bonding with a mythical creature. And he’ll take anything—a pegasus, a griffin, a ravenous hydra—maybe even a leviathan, like Ruma.

So when Volke stumbles across a knightmare, a creature made of shadow and terror, he has no reservations. But the knightmare knows a terrible secret: Ruma is a murderer out to spread corrupted magic throughout their island nation. He’s already killed a population of phoenixes and he intends to kill even more.

In order to protect his home, his adopted sister, and the girl he admires from afar, Volke will need to confront his hero, the Master Arcanist Gregory Ruma.

A fast-paced flintlock fantasy for those who enjoy How to Train Your Dragon by Cressida Cowell, Unsouled (Cradle Series) by Will Wight, and Percy Jackson and the Olympians by Rick Riordan.

WINNER of the B.R.A.G. Medallion for Fantasy

“Knightmare Arcanist by Shami Stovall was rollicking good fun! Perfect for those who enjoy the Codex Alera series, the /Homas Wildus series and the Harry Potter series. Stovall is quickly becoming a name I look for.” – Seattle Book Review

“Volke carries readers into a darkly engrossing world with a passion that makes Knightmare Arcanist satisfyingly unique and hard to put down. Readers looking for a magic-based quest fantasy will find this story compelling and nicely written, with strong characters propelling action which is often unexpected and revealing.” – Midwest Book Review

“A spellbinding first installment of what promises to be an addictive series, Shami Stovall has produced a mesmerizing story of magic, intrigue, and true adventure.” – ManyBooks

“Richly crafted and laced with wry humor and intriguing magic, Knightmare Arcanist is a page-turner.” – The Prairies Book Review

Shami Stovall relies on her BA in History and Juris Doctorate to make her living as an author and history professor in the central valley of California. She writes in a wide range of fiction, from crime thrillers to fantasy to science-fiction. Stovall loves reading, playing video games, entertaining others with stories, and writing about herself in the third person.