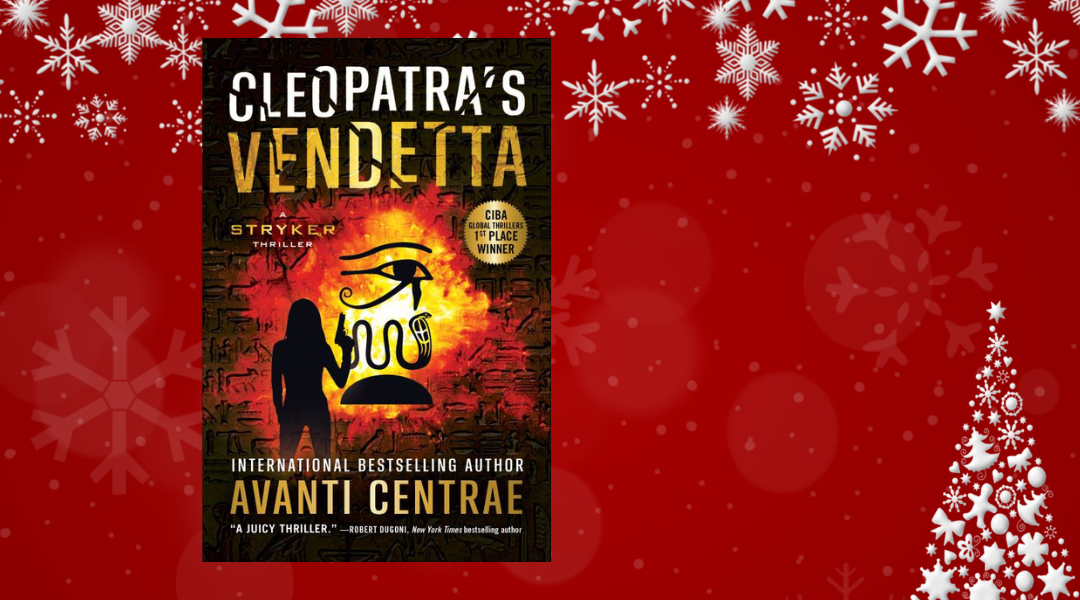 Bari, Italy, present day. Think tank Special Ops leader Timothy Stryker and his wife Angie, a self-made CEO, haven’t exactly been seeing eye-to-eye. They take a much-needed Italian holiday, but it comes to a shocking end when Angie and their daughter are kidnapped.

Still raw from the death of their infant son, Stryker is desperate to rescue Angie and reconcile their differences. As he works to locate the captors’ lair, he discovers the kidnappers are behind a string of recent assassinations and attempting another high-profile hit in only seven days. But when he learns their plans for his only remaining child, the scab on his heart tears open and blood begins to spill.

Working from inside her brutal captors’ high-security compound, Angie realizes the cabal is hiding an ancient secret using modern propaganda techniques. And as Stryker races hitmen across India, Egypt, and Greece to thwart the next assassination and save his family, he has to connect a series of deadly dots tracing all the way back to the time of Cleopatra. Ultimately, the estranged pair must shake the deeply-buried pillars of western civilization to save their four-year-old daughter from an unspeakable fate.

“Royal secrets. Epic lies. This “dangerous” and controversial standalone thriller from international bestselling VanOps author Avanti Centrae is a fast-paced bombshell of a story about truth and courage.

Born a goddess, Cleopatra died a prisoner. But the cobra’s deadly kiss was just the beginning…

Fascinating, provocative, original, and timely, Cleopatra’s Vendetta is a sizzling novel that paints a disturbing picture of some of the most intricate issues that have plagued humanity’s past…challenges that color our days and provide the blueprint for our future.”

Avanti Centrae always wanted to be a writer. Her father served as a U.S. marine corporal in Okinawa, gathering military intelligence during the first decade after the Korean War and her mom was a teacher. She grew up haunting silver bookmobiles in the Midwest but her practical family urged her to get a degree in computer technology, which she did. Eventually, she became a Silicon Valley IT executive, but her heart wasn’t in it. Before her hair began to turn gray, she had a health scare, which forced her to face her own mortality. At the top of the bucket list was becoming a bestselling author. She decided to break free of the golden handcuffs to pursue her dream. After years of drafting, editing, and finding an agent and publisher, her debut, VanOps: The Lost Power, released as an instant Barnes and Noble Nook bestseller. It went on to win three literary awards. Solstice Shadows, VanOps #2 quickly became a #1 Amazon bestseller in the U.S. and Canada, before winning a bronze medal at the Readers’ Favorite book awards and nabbing the Chanticleer Global Thrillers Genre Grand Prize.

The Doomsday Medallion won an Honorable Mention at the Southern California Book Awards, was a quarterfinalist in the Publisher’s Weekly Booklife contest, and was a finalist in the Book Excellence Awards. It also hit the Top 100 in the Canadian and Australian Amazon Kindle stores. Her trademark blend of intrigue, history, science, and mystery has been compared to that of James Rollins, Steve Berry, Dan Brown, and Clive Cussler. When not travelling the world or hiking in the Sierra mountains, she’s writing her next breathtaking thriller in Northern California, helped by her family and distracted by her German shepherds.